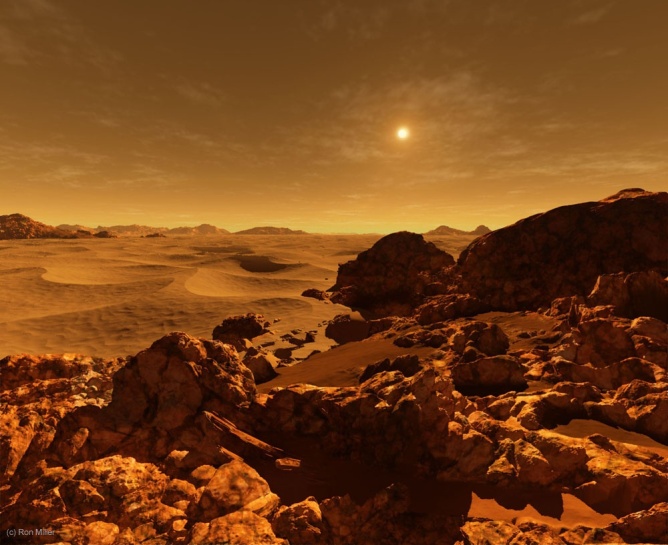 “Not again,” He saw the unholy spark start to glow behind her eyes and decided this time, this time he would stop her.

“God’s an amazing artist,” she said, ignoring the warning signs in his face, gathering her righteous energies to spring into the “do you know Jesus? speech”.

“I just said I’d seen a sunset as though it were for the first time. Don’t make this all about you.”

“No. Just don’t. I was trying to tell you something, and you were about to use my pain to evangelize. It’s selfish. And full of pride.”

“What I was trying to share with you was that I had gone out for the first time since she died, two months. It hit me that this was the first time on my own. As though I’d just been released from the hospital after a car crash where I’d almost died. And it was just to get a simple haircut!

“But the whole time I was out, when I parked, walked to the salon, I felt as though I’d never done any of it before. I’d passed that corner hundreds of times when I was working, but it was suddenly totally new. I felt shaky and anxious, exposed. It felt like the sidewalk was tilted and I might slide into the street and I had to resist the impulse to hang onto a building for safety.“

“It was the first time I’d been out among humans on my own. Since the morning she died. It’s ok to say that now. It wasn’t, for the longest time. I felt as though I was a stranger in my own brain. Or that I’d been turned inside out, like an old sock in the wash, and all the lint and seams were showing. But I got through it, and actually had a good time talking with the hair stylist. She was easy to talk to, and we talked about her father dying and her mother coping.  It let me feel human again. I’d forgotten how.

“There was only one person in this whole world I’d allowed to have a real say in how I lived my life. She was my left lung. My legs. My eyes. She was not perfect—anything but, nor was I— but she was the beating of my heart. My best friend. And she’s gone. I’m a stranger to myself. I went out to get a haircut and saw a painted sunset and it seemed alien, as though it were on Mars. The only person I had always shared sunsets with, and children and a life of haircuts and feeling strange and asking how things seemed to them, was gone. I had no one to ask any more. Each day, that thought slammed with a wet thud, like a bag of concrete dropped from a great height at my feet, and the impact comes up through my feet to my hair.

“It’s not that everything’s gone, though. I have all of the years stored up here,” tapping his temple. “But the ongoing parts, the dependability of that.. well, I have to learn a new way to breathe, and walk. And see.

“And, well…. Right now I just don’t know how I should feel about sunsets. It’s a start. “And”– he said, walking away and saying over his shoulder–” I’m sure Jesus understands.” 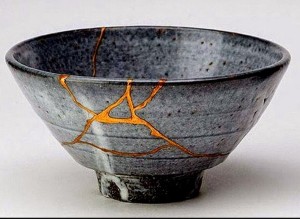 (Note: written several months ago as part of the recovery process.)

Hissing down Highway 1
in the rain,
Baltimore in the rear view.

Brushing against old pain
repressed for 20 years,
but suddenly bleeding
through my chest,
three grey hours ahead.

I wasn’t the one
who was sick, I said.
Not the one who died.
I was just the supporting cast
the nameless crew member
in the red tunic.
Disposable. Unimportant to the plot.
Everyone saw the patient,
Not the one holding the bedpan.

So it didn’t matter, I said,
Pretending to believe it.

I told myself
I didn’t matter—

So keep quiet.
Keep it quiet.
Be the good soldier.
Be strong.
Zip it.
Do what you must.
Twenty years.
Six times, the same refrain.

But I did. I do.
The habit I fell into,
of automatically deferring,
balancing the demands of justice,
on the point of need,
took deep hold.

Life has to be about
more than just surviving…

It does. At last. 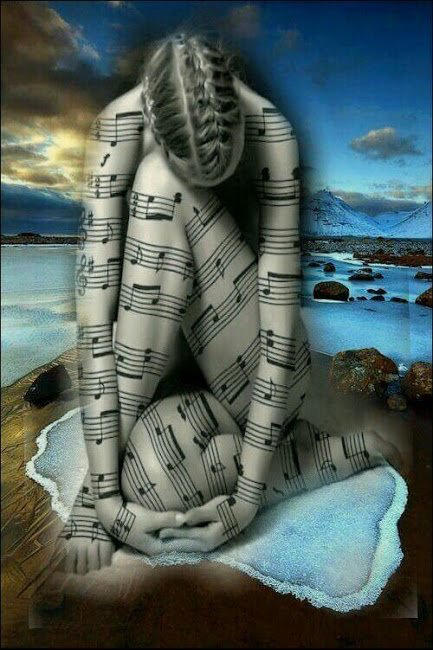 And oh, my dear,
what joy
to hear the robin’s call,
the cardinal’s challenge,
the excited chatter
of all the returning
migrants, full of stories
about tropical fruits
and sunny days and
nights among the
trumpet vines and
camellia blooms
on the Gulf of Mexico.

And Oh, my dear,
I’m a changing
mixture of contentment,
worry, sadness,
happiness and power.
With every day you’re
both further away and near.
Like water, I find
my level.

I’ve let the shovel handle fill
my hand, and bent
my back to the bloody work
you left for me,
stabbing deep in
pain’s dark soil
’til the blisters broke,
again and again.

I am here. Standing.
And oh, my dear, look:
Spring has come again
after all. 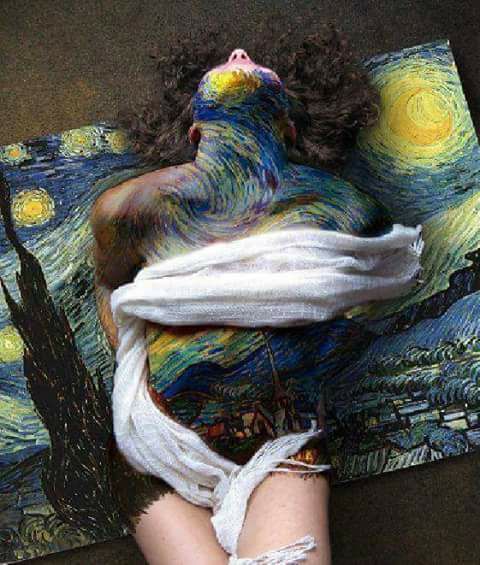 Note: Don’t be alarmed. I am OK. This poem deals with something that happened nearly a year ago.. It will be in a collection soon to be published, but as I prepare the pieces, I find there are still loose ends in my heart that need to be tied up by remembering. This was one.

Death is not bitter
death is a silence
But dying is bitter.
Dying is hard.
With you,
it was the sound.

It was like drowning,
no detail spared,
in slow motion…

with metastases of cancer
that filled the lungs
and grew, sending out
ghastly spawn to live in bone
and brain. The awful
sound of drowning,
frail breastbone lifting
heart refusing to stop
mind full of phantasms
from opiates,
the price for
masking the pain,that
terrified you.

The sound of drowning,
but at least you did
not feel your body
chewing on itself,
wasting away,
fading from this life
leaving me behind,
leaving us all behind,
one thousand gasps
through water, and
then more thousands.

Death is not bitter…
death is a silence
But, dying is bitter.
Dying is full of the noise
of the going out.
It was the sound
of the last hours—
it haunts me,
the sound of your
struggle, the
death rattle….
A bland phrase,
nothing like the
real thing.

It was a drowning,
drowning slowly
inevitably,
the lungs full of fluids of
the metastases of cancer
that ravage the lungs
and scatter foul seeds,
ghastly, evil children to live in bone
and brain.

The relentless
sounds of drowning, your
frail breastbone lifting
heart refusing to stop.
Morphine hid the pain
but took your mind,
filled it full of phantasms
but lay a
warm blanket over pain

But the lungs were full
and drowned you deep
in dreamy waters, hours
after your spirit had
abandoned the failing husk.
An old friend said you visited,
in a dream hours before
you were pronounced.
You had a spirit body, she said,
alive and vigorous and young, happy,
dressed in spring clothes
and driving a sky-blue convertible.

While I listened to
the rising dreamy waters, rattling,
you had already gone.
It was a comfort to learn
you had escaped, and had
driven away on the
great adventure. In bright sunshine
in a blue convertible, like the
one you had when we met
50 years before.

I do remember certain things,
how it was a Sunday in
April, and the daffodils were late,
How the spring sun was out and
poured through the bay windows
happy and warm,
as though nothing was wrong…
as though everything was normal.

I can’t feel it now–the exhaustion
of that awful last night–
blessed by how the brain
softens things with time.

Then I remember
the Hospice nurse coming at dawn,
to relieve me.
I stumbled downstairs,
leaned against the kitchen counter
beyond my limits,
glad to escape the sound.

Time was short, now.
The nurse said “She’s leaving us.”
Two hours passed, and the
nurse called down
so I could
be there at the end.
She gave us time together.
And then, with sudden stillness
it was over.

I opened the curtains to let
more sun in, confused by
a world outside that

didn’t seem to notice.
I touched her cold lips,
amazed at the quiet
and stillness the soul leaves behind.

*Moments like this are rare, now, nine months later. But they do rise up without warning sometimes. If you have known loss, you know this. If you know someone who’s had a loss, don’t hurry them along. Let them know you will listen. Grief is a river you cannot push.

Do not go gentle into that good night,
Old age should burn and rave at close of day;
Rage, rage against the dying of the light.

Though wise men at their end know dark is right,
Because their words had forked no lightning they
Do not go gentle into that good night.

END_OF_DOCUMENT_TOKEN_TO_BE_REPLACED

One day you’re thinking about ordinary things,
Groceries, taxes, walking the dog, the upcoming weekend,
Problems a friend is having, plans to celebrate a graduation,
Finances, cleaning out the garage,
And all the plans… trips we wanted to take,
Places to finally see, places we put off seeing
Until the kids were launched, happy, safe.

Then we hear thunder over the horizon,
Like the pounding of many hooves,
And the sky darkens, the air grows cold, the sun loses all warmth.
The pounding, the thunder, the messengers’ announcement
Comes up through your feet, sinks into your bones, and you know what it is.
Fear grips your heart, you clutch each other in silent recognition.
Again. Again. Not again.

Plans change in the instant, one one phone call,
Plans are such feeble things, rattled so easily
And so effortlessly by the sound of thunder,
Thudding hooves coming this way, and there is no escape.
Let me hold you tight, whisper in your ear the words I dreaded
I’d say again: “I’ve got you. I’m here. We have to saddle up again. The thunder is coming.
The hurricane will be upon us soon. There isn’t much time.” 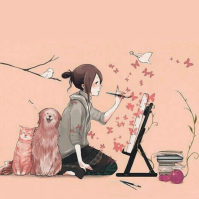 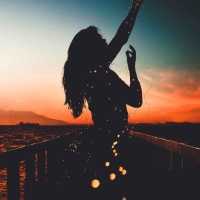 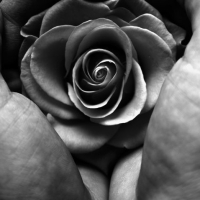 Emergency lighting for times of darkness and fear