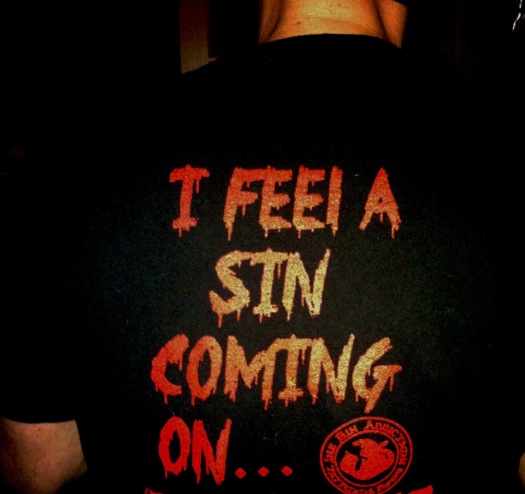 People have always been immoral, shiftless, and self-gratifying. It’s one of the most consistent themes in the human history of the world. It’s easy to look around and conclude there’s plenty of evidence that nothing much has changed since the days when our ancestors stole the Neanderthals’ lunch, caves, iPhones and women. In fact, the tendencies are, if anything, accelerating. You know, the internet….

My own opinion is that this is both true (that things really are as bad as they seem), but also self-limiting. The current level of world-class sinning, like a prairie fire, will burn fast but will eventually run out of fuel. The question is what will be left? The implications are that these attitudes and behaviors are ultimately self-destructive, and that sooner or later we humans tend to pull back at the edge of the moral abyss.

So, since I’m as susceptible as you are to any or all of these old standards, I looked them up again.

Pride:
Excessive belief in one’s own abilities, that interferes with the individual’s recognition of the grace of God. Pride has been called the sin from which all others arise. Pride is also known as Vanity.

Envy:
The desire for others’ traits, status, abilities, or situation.

Gluttony:
an inordinate desire to consume more than that which one requires.

Lust:
an inordinate craving for the pleasures of the body.

Anger:
is manifested in the individual who spurns love and opts instead for fury. It is also known as Wrath. This is seen most often on internet comment sections and on the campaign trail.

Greed:
is the desire for material wealth or gain, ignoring the realm of the spiritual. It is also called Avarice or Covetousness.

Sloth:
(todays personal failing here) Is the avoidance of physical or spiritual work. Lust would be a lot more fun, but I’m just not up to it.